Who - The El Tomo Fish is for anyone who wants an advantage in everyday wave conditions. The board was designed with speed and flow in mind for novice to advanced surfers.

When - The El Tomo Fish excels in small wave conditions where you need the added advantage of speed and volume. Working well in anything from 1-5 feet it will fit perfectly in your quiver next to a good wave performance board. This board can very well be your daily driver for most. This board was designed with “higher level jet engineering in mind,” says Tomo, allowing tons of speed and drive in subpar conditions. The famous Quad Inside Double Concave, LFT Technology, and quad setup are all in place to help you excel your surfing when the waves are lackluster.

What - Starting with the tail the board has a wider, fishy, split tail, that is extremely refined. The tail is actually inspired by Bob Simmons who is an aeronautics engineer who incorporated the design process of aircrafts into his surfboards back in the 50’s. Overall the angular diamond wings allow the board to make radical maneuvers at high speeds. The El Tomo Fish has a bit more of a pulled in nose than a typical fish allowing the board to have a bit more of a performance outline compared to other fish boards. Don’t get it mistaken, the nose is still wide enough to give you the added advantage of paddle power and ease of wave entry. The overall mellow rocker will also give you an advantage when it comes to paddle power and wave entry in smaller wave conditions. Tomo recommends riding the El Tomo Fish as a quad to get the most performance out of the bottom contours, giving you complete control over the tail. Overall, the El Tomo Fish has the control and maneuverability of a performance fish, with lots of extra drive. If you want a fish that will keep you excited when the waves are subpar, then we recommend getting your hands on the El Tomo Fish.

The El Tomo fish is a redux of the classic Tomo Fighter Jet Fish. This time with a dedicated quad-fin set up, for maximum versatility.

It is designed to excel in the smaller end of the wave range, when conditions lack power and require some extra inspiration.

It features a classic, performance fish outline spliced with the trademark Tomo multi-concave hull design which results in smooth, speedy transitions. High-performance moments are on tap due to the freely releasing, bump wing to double-diamond tail profile.

With a generous volume range and low rocker similar to the Evo, the El Tomo is fast and stable, suitable to most ability levels without comprising the performance characteristics that we expect from a Tomo design. 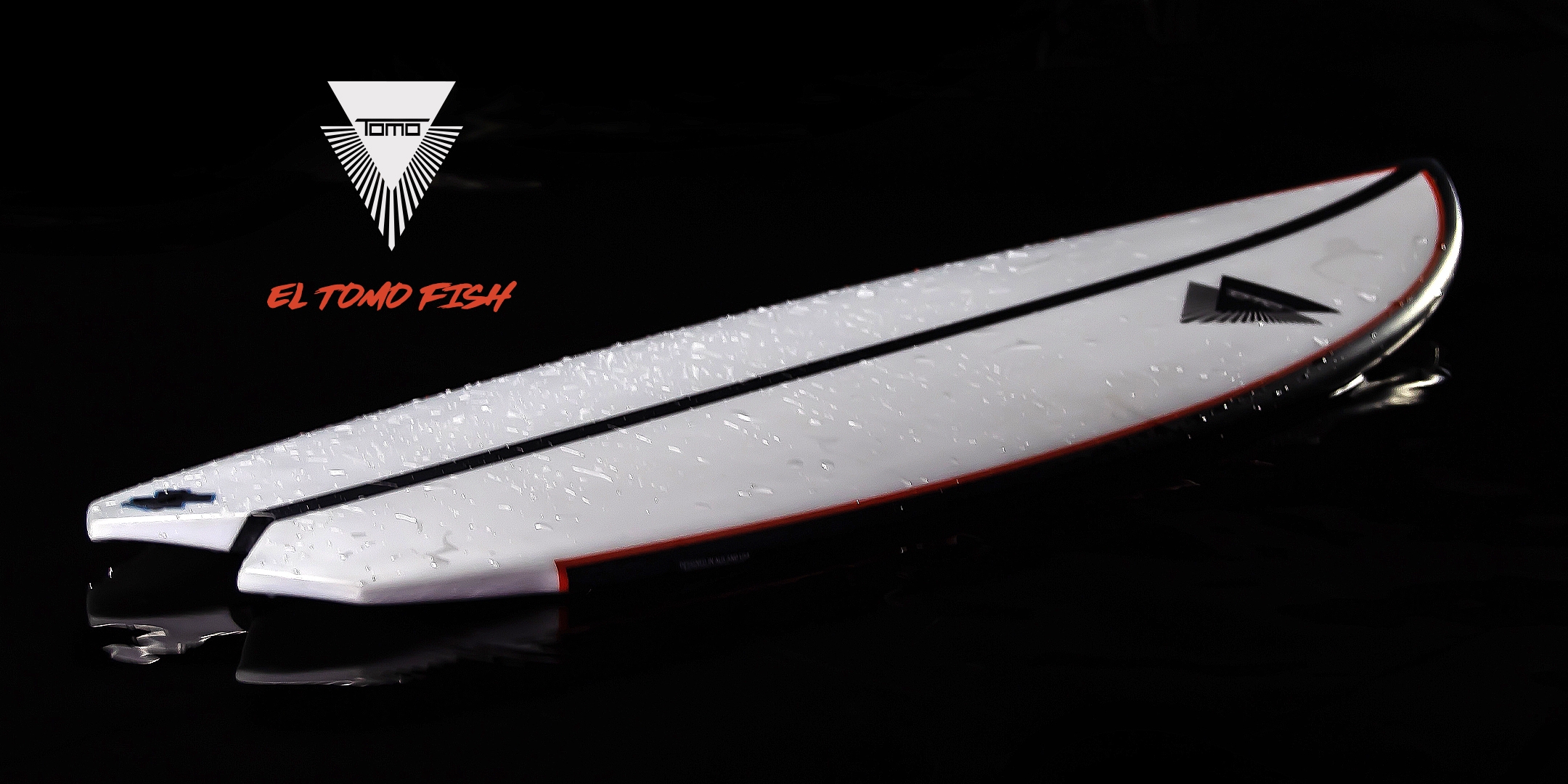