The Catalyst building was constructed in the mid 20th century. Its original use was a church, thus the long narrow shape. It was later turned into a print shop and was filled with old school Heidelburgs (vintage printing press). Finally, in about 1970, Steve Boehne leased the building and put the first Infinity Surfboards shop and board factory in there. This lasted a couple years until Rick James and the infamous James Gang took over and the name changed to Rick James Surf Shop. Rick James is the former Greg Noll employee who cut his thumb off while making boards for Greg in the early 60's. Rick’s Thumb is now forever entombed by Greg in a cup of resin. It’s safely held by Greg to this day. It is a full chapter in Greg’s memoirs.
In the mid 70s, a looney-toon production board builder named Jim Nudo was working at both Hobie's factory in Capo Beach, Herbie Fletcher’s retail store in Dana Point and Ricky James’ factory in the Catalyst location. Nudo made a deal with Herbie to run his retail store in Dana Point and make the Herbie Fletcher boards in Ricky’s factory. In the late 70s, Ricky burned out and sold the business to Nudo. He renamed it Herbie Fletcher Surf shop. Jimmy closed the Dana Point shop and moved it to our location. The factory never skipped a beat. Over the next 12 years, the rise of Herbie's longboard renaissance, the Astrodeck traction invention (and its dozens off knock-offs), the emergence of Christian and Nathan’s counterculture hero status, the surf video (as opposed to surf “films”) revolution (inspired by Herbie's "Wave Warriors" series, which included the first Jet Skis ever supped-up and modified specifically for towing people into big surf--all work done to them in the factory out back) and a little company called ...Lost all came forth from this little building off PCH. The list of names of the shapers that have passed through and worked here is staggering: Steve Boehne, Terry Senate, Randy Sleigh (Josh's dad), Gordie Duane (ya know, first guy to ever put a shop in HB), Chris McElroy, Timmy Patterson, Bill Stewart (got his first shaping job in CA from Rick James at this shop) as well as Reno Abarilla used to shape here every summer, and taught Biolos a lot about outlines. Ken Bradshaw would come and shape in the summer, Steve Walden of Walden Longboards. Greg Jensen of Jen Lens; Mike Hynson himself parked his broken down motor home here for the entire summer of ‘89 and shaped when not incapacitated from substances. Jim Fuller (Biolos’ master), Rick Rock, and Midget Smith all shaped here. Also, Ed Leisure (The mastermind behind the Quiet Flight shops) came here as a young shaper in the 70s and shaped for Nudo and Herbie. The store was one of the shops that bought Quiksilver boardshorts out of McKnight and Hackman's trunk the FIRST day they drove the coast selling them and remained on net-whenever for 15 years after. Jimmy Nudo stopped using Herbie's name to promote the shop in the early 90s and renamed it San Clemente Surf Co (as far as we know, it’s the only shop Kelly Slater has ever been kicked out of). The shop carried the San Clemente Surf Co name until Matt and Mike renamed it Catalyst in the fall of 2005. Matt Biolos started working in the factory as an 18-year-old sander/board painter in 1987. He learned how to shape by being around all these and more forgotten characters. His first boards were called Ratz Ass, then Mayhem, then …Lost. The first …Lost surfboards were built here and the first …Lost Clothing warehouse was the second shaping room cleaned up to hold clothes (this lasted close to a year). The retail store was Rick Hazard’s sales office (he was paid hourly to run the retail by Nudo) while he made phone calls to shops around the country getting them to carry the boards. Other noteworthy facts: There’s a surf spot 100 yards away (204) and an ocean view of the waves. Today, there are three guys in the back glassing boards for …Lost, the retail store has windows open into the factory to watch …Lost boards get built right there 6-7 days per week. It’s been a board-glassing factory for over 35 years nonstop, on PCH no less, and is very likely the last remaining true full service shop on the beach in California, or this country...maybe the world (Biolos refers to his worldly travels and having yet to see one.). Others Biolos doesn’t want left out: Garth and Gavin Day, Chris Barnum, Tom Sutherland, Hans Sylstra and other standout San Clemente local surfers who worked at the shop over the years and made him feel welcome and brought him into their culture. In Catalyst's own words: I've been around since balsa wood, but recently got a facelift. I was a church at one time, but have been serving as a home base to the San Clemente community for over four decades. I have been owned by several legends over the years, including Herbie Fletcher, Rick James and Jimmy f$%kin Nudo. In August '05, Mike and Matt --the original founders and current owners of ...Lost--inherited me. Now I am Catalyst and my tradition carries on from the days of Herbie Fletcher Surf Shop and San Clemente Surf Co. If my walls could speak, there'd be people in jail. I'm pretty sure I'm the only shop that has ever kicked out Kelly Slater. Now I am filled with over 300 new boards including ...Lost polyesters and XTR's (new epoxy technology), ...Lost/Aviso Carbon Fibers, ...Lost/Soloman S-Core models, Mark Richards, San Clemente Surf Co., Placebo (new Flexlite technology that Cory Lopez is riding), and a ton of used boards, many of which are team rider trades. And, of course, I am filled with all the latest ...Lost and Lost Girl clothing and videos. 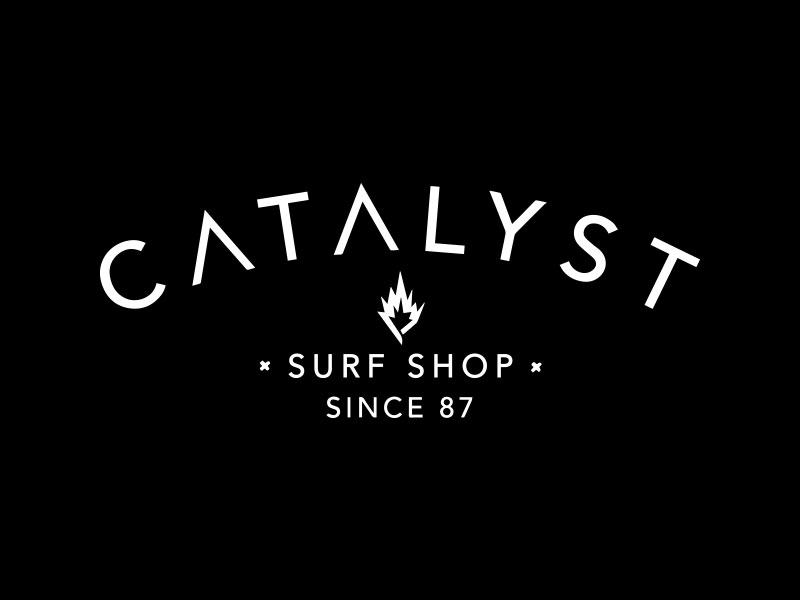 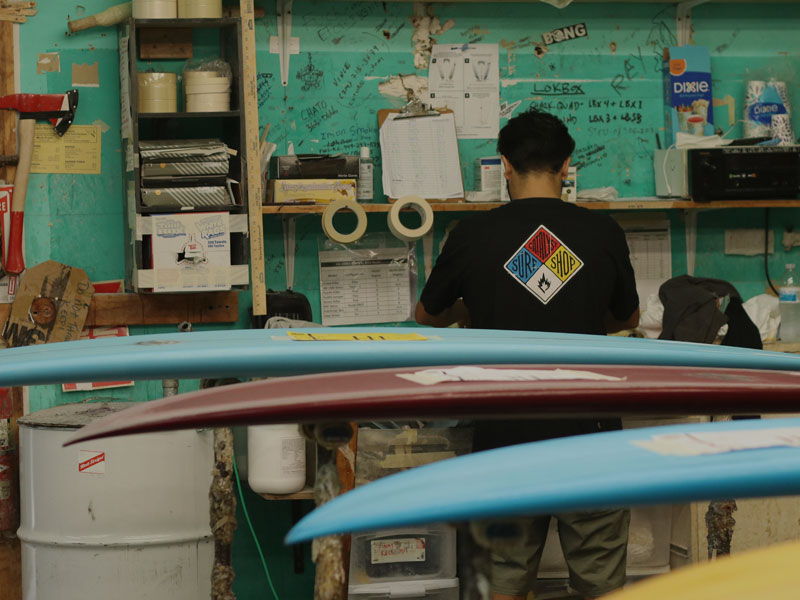