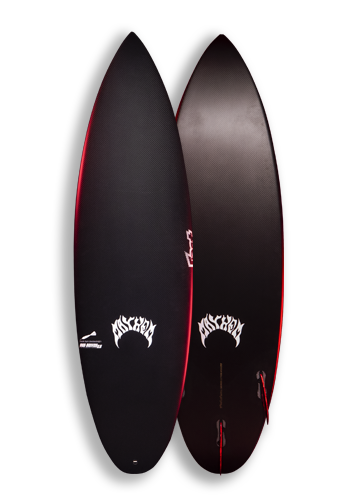 BlackDart surfboard construction is a trademarked surfboard manufacturing technology, developed by Florida based epoxy composite guru, Drew Bagget.
In 2014, ...Lost Surfboards worked with Drew to fine tune and license the technology. BlackDart was one of the first custom built, full deck, carbon fiber board technologies to be ridden by competitive surfers and be widely distributed around the world. Although made famous by our TESLA Motor Company x ...Lost Surfboards collaboration, BlackDart was perhaps a bit too forward in the market, released before the people were ready for mass appeal. We've been building custom BlackDart boards, for a small, but devout following, since.
Over the past few years, full carbon surfboards have been popularized and proven effective by other manufactures and elite level surfers, bringing the concept more awareness and acceptance.
Now, after a couple years of development, we are offering a limited run of our SubDriver2.0-Thumb, in all new, “DoubleDart” construction. As the name implies, DoubleDart uses the same exclusive, Carbon/S-glass hybrid “BlackDart" fabric, but the difference is, with DoubleDart, the board is now fully wrapped, top and bottom, in a Carbon fiber shell.
To keep DoubleDart boards flexible and forgiving and not becoming too rigid or “stiff” feeling, we’ve shortened the rail laps, both top and bottom. Only the cover layer of 4oz fiberglass fully wraps and laps and rails. This subtle nuance helps DoubleDart boards to bend and torsionally twist, more freely.
To properly launch the new DoubleDart construction, we wanted to pair it with something special. We chose our yet to be released SubDriver2.0-Thumb. This is the board that Griffin Cola has been using for his smaller wave contest antics the last couple years. First, in back-to-back, top 5 finishes at the Surf Ranch Pro, then onto his 2021 US Open victory and it is the same model he chose for his final heat, to win the 2022 Rip Curl Portugal Pro. Also used by Carissa Moore and Kolohe Andino at the 2021 Tokyo Olympics, the SubDriver2.0-Thumb has become a staple in all our Jr-Pro, WQS and Challenger Series surfers, as well. 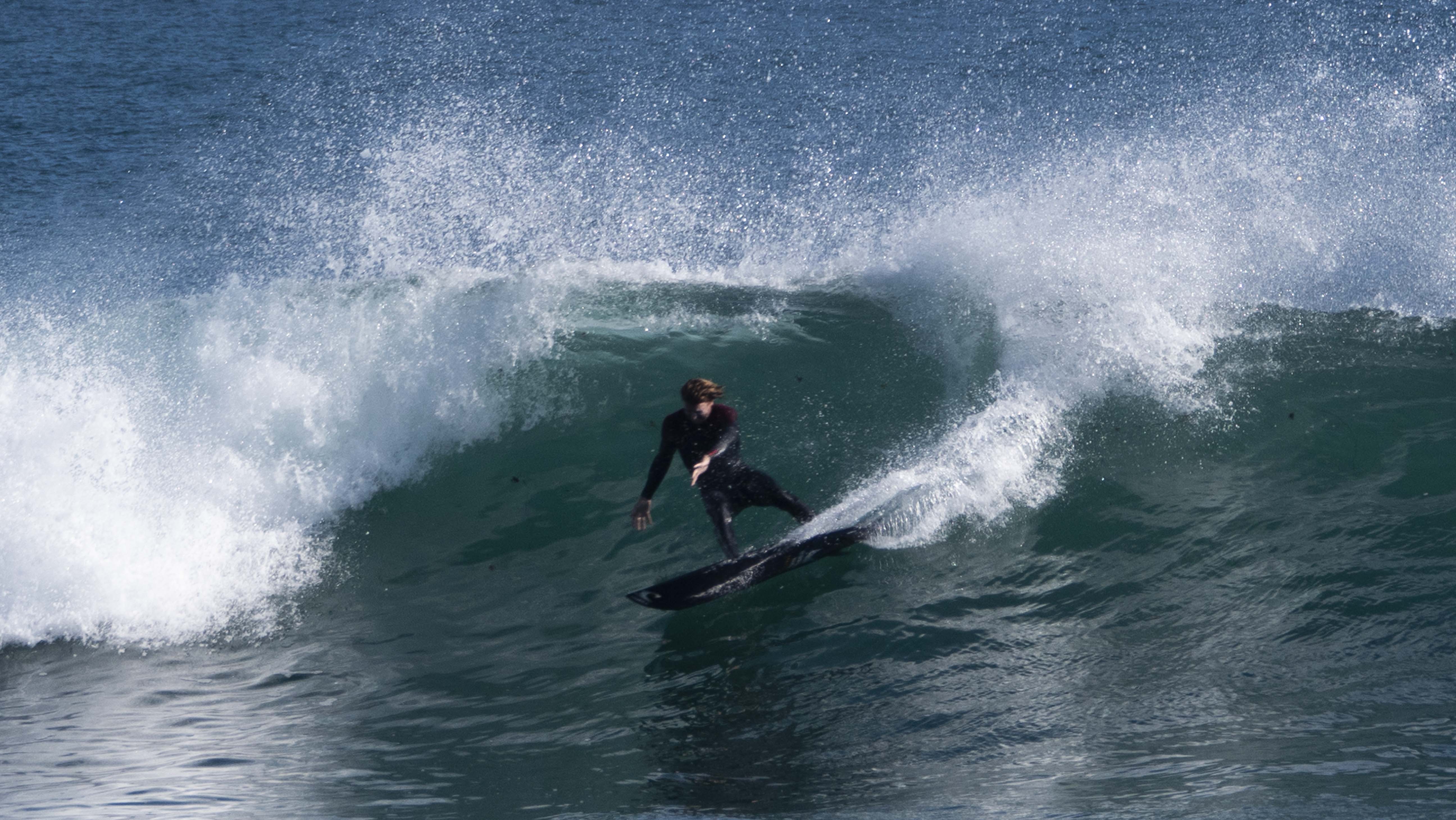 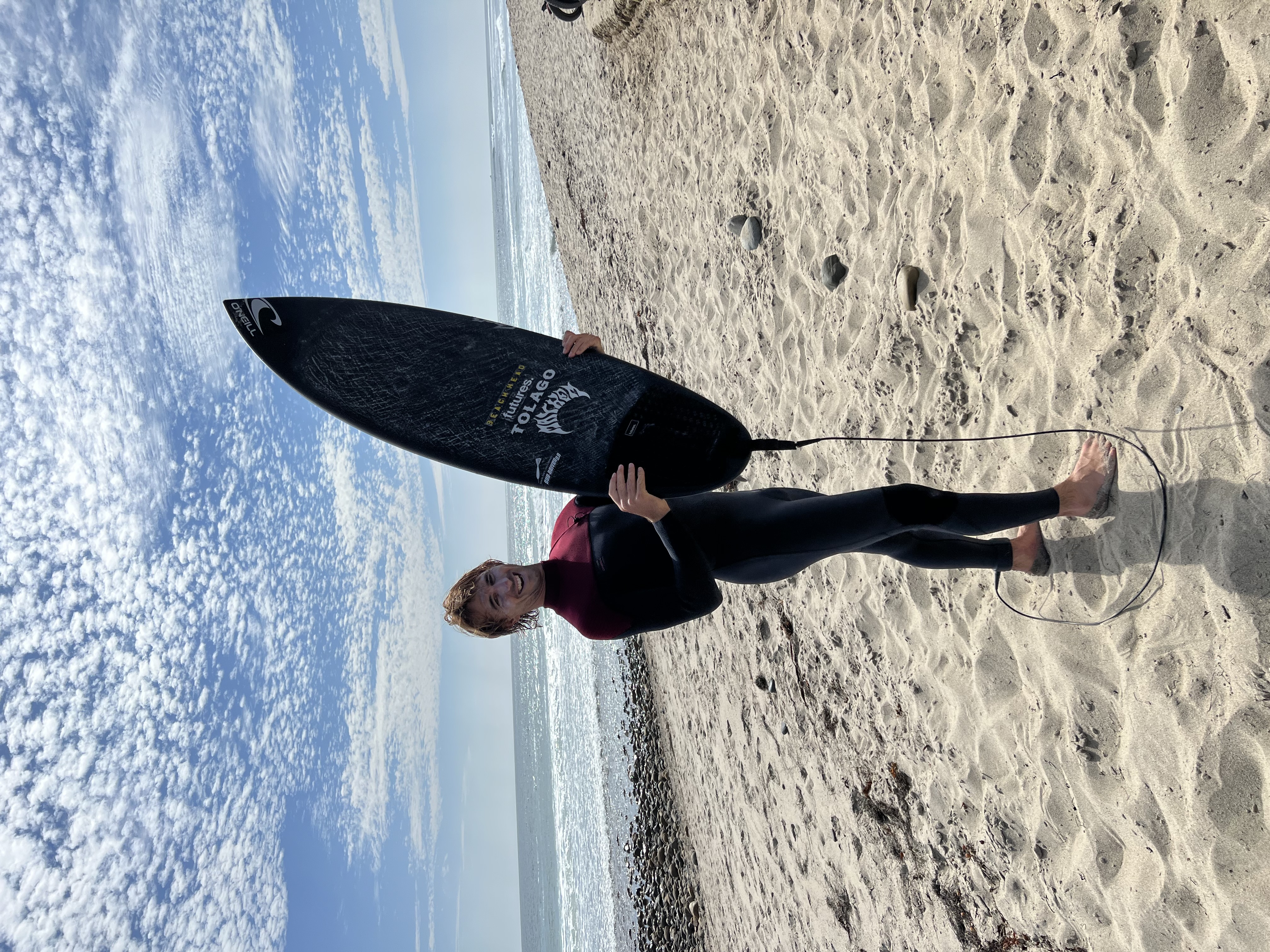