Who - Fans of the Lost Driver. Strong and forceful surfers who are looking to excel their performance will love the Lost Driver 2.0. Year after year, the Driver has continued to be a staple for the Lost team, specifically Kolohe Andino, Griffin Colapinto, Carissa Moore and now Caroline Marks. The overall dimensions and volume are slightly more forgiving from years past, allowing momentum and glide, while maintaining a very responsive ride.The Driver 2.0 Surfboard has been upgraded so the Bros can ride what the Pros are on without sacrificing performance.

When - The Lost Driver 2.0 will perform the best when surf is waist-to-well overhead. More gradual entry rocker, thicker along the center, and a pronounced “vee” deck will allow for increased paddle power and drive over the original. The wider nose and boxier rail also provide a wider range of conditions in which the board can be ridden. This will overall allow the Driver 2.0 to perform slightly better in smaller, flatter faced waves, but this board will really rip when the waves turn on.

What - Over the last two years there has been a constant, almost monthly refinement of fine tuning and adjustments to keep up with the evolvement of modern performance surfing. The Driver 2.0 is a direct reflection of what the Lost team has pushed Lost to create in order to keep up with their pinnacle performance surfing demands.Luckily, these refinements to the Driver will benefit the everyday surfer immensley.

- More gradual, “no flip tip” entry rocker, for glide and “no pump” speed, out the gate equals connecting sections more effortlessly and carry speed though drawn out turns.

- Wider nose outline in the forward 18”, for more front foot drive and speed, down the line and through carving turns. This also creates a stable platform for the front foot, when landing reverse and fin free tail wafts.

- Thicker along the center with a more pronounced “vee” deck and low, yet forgiving rails equals more paddle power and drive, but still sensitive, with the ability to engage the rail for three-dimensional surfing. This added thickness does not feel “corky.”

- Thinner, yet more boxy rails through the tail for quick reaction from heel-to-toe and holding in while slicing through high speed carves. 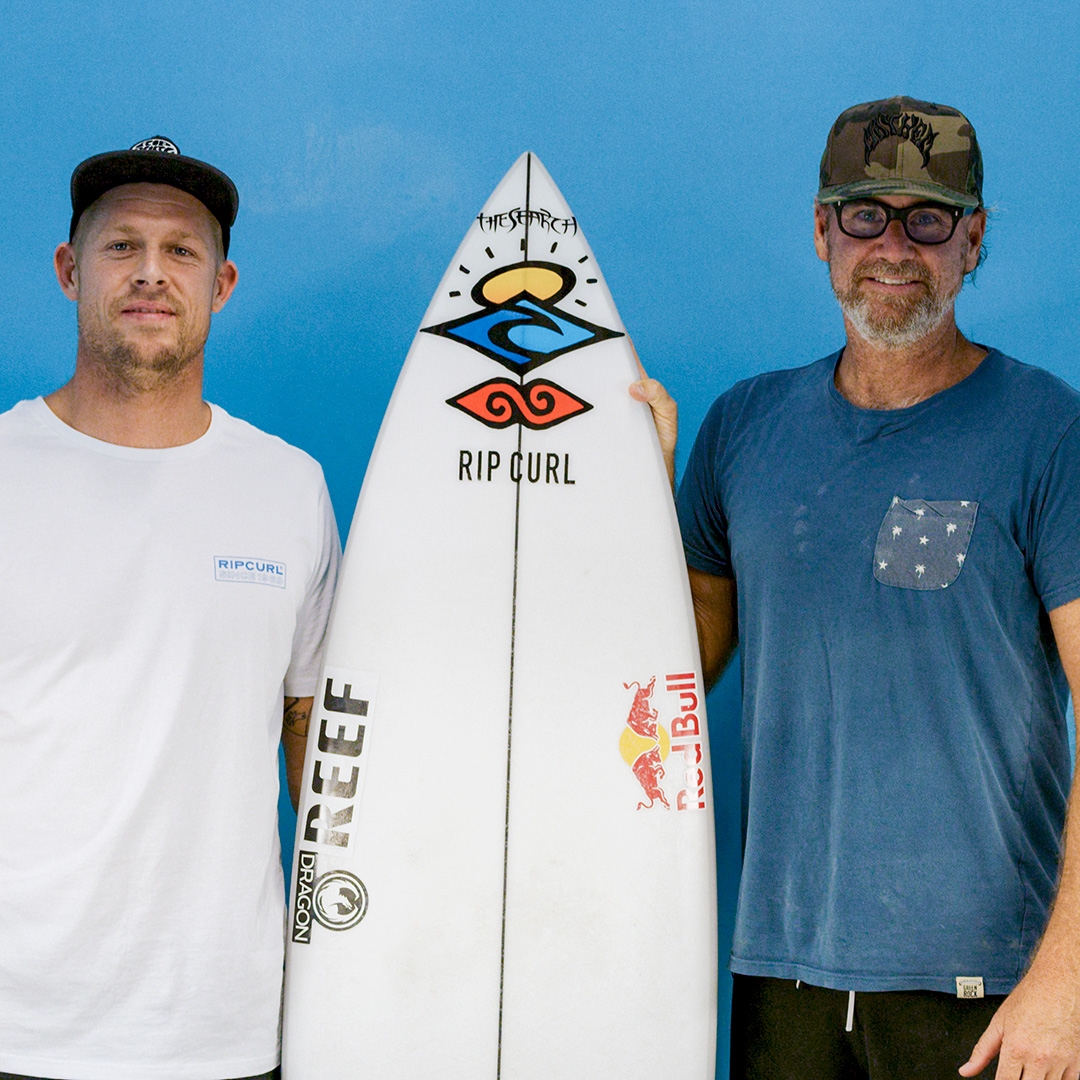 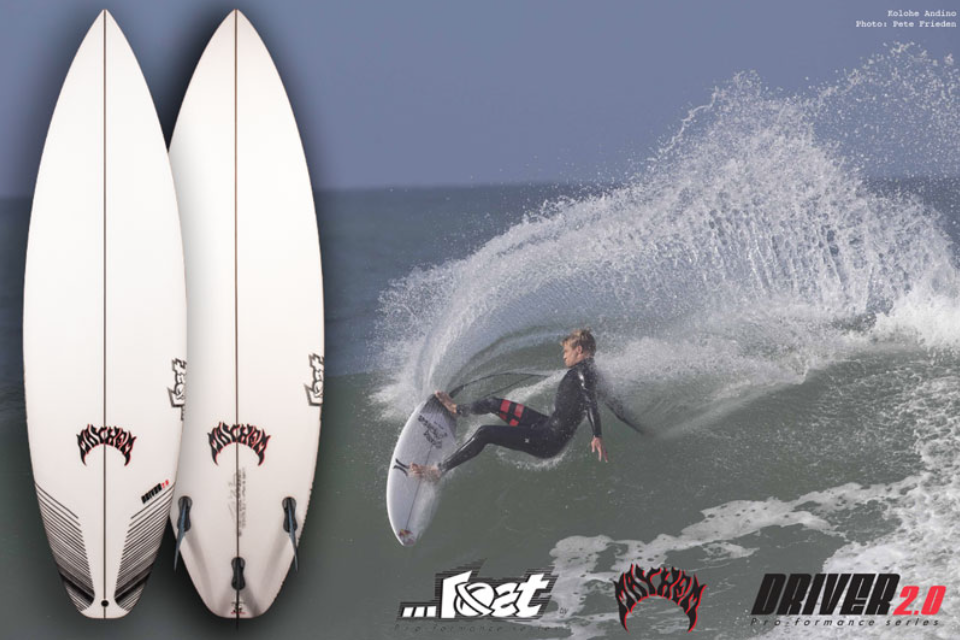 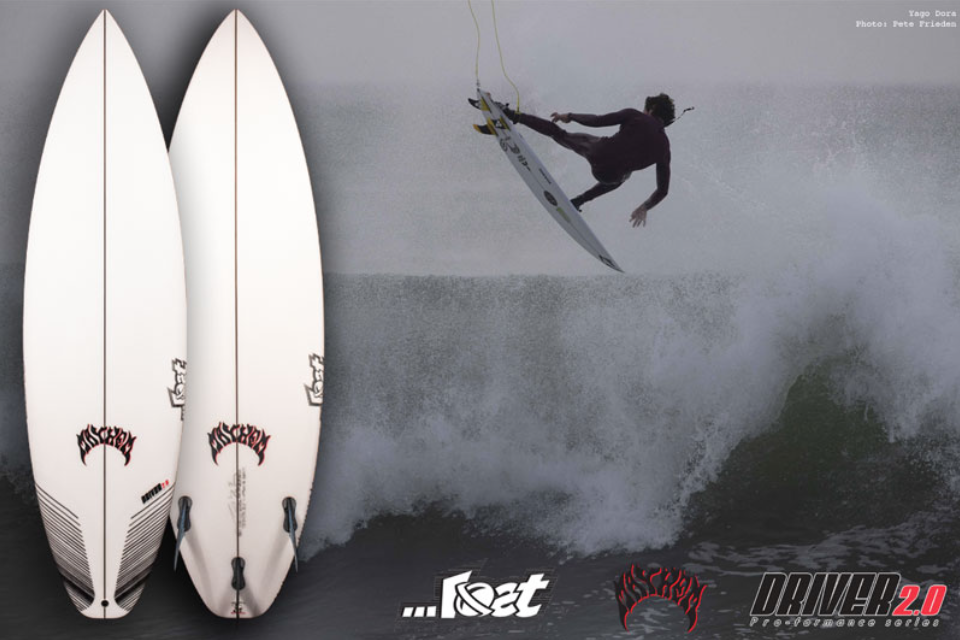