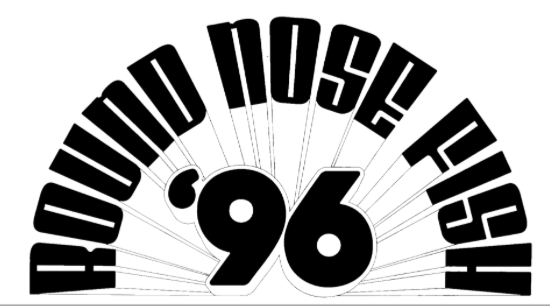 Who - Most skill levels can ride the RNF ‘96. Beginners will size it up to make for an easy to ride and fun model once they have the essential basics down. Intermediates/Advanced surfers will ride this on average 2-5 inches shorter than their traditional shortboards to get the most performance out of it.

When - The RNF 96' can be ridden in a multitude of wave conditions. It is most comfortable on sub-average to good + conditions, but in the hands of the right surfer, this model can go below or above those range parameters.

What - The world’s all-time best-selling fish model is back. Still goes fast, still allows hard carving turns, still allows a wide range of performance in varied surf, still paddles great… and still makes you look good. Just more precise, fine-tuned, and ready for high performance surfing than ever! The RNF ‘96 features a thruster setup and was designed to be ridden as a twin plus one. The board also works great as a pure twin fin or try all three standard thruster fins for different conditions and a more performance feel. Based off the past 25 years of building boards, Lost tried to create a consistent surfboard based off, but not exacting to the varied RNF’s of 1996. With diligent testing being done by many of Lost Surfboards top team riders, including Kolohe, Coco, Ian Crane, Crosby Cola the last few months of 2020, Lost created as an all-around, rip-able fun machine, for a wide level of surfers. This fish as always is about performance, not just a crutch to go fast on in small surf like most. The rocker and curves remain the same as the original proven curves. The “secret” to this board’s success is that, unlike most all other “fish” the tail width on Lost’s is closer to that of a typical HP Shortboard. This allows much more control off the tail than typical fish designs and a much more high-performance design. The bottom concave is a classic single to double concave, accelerating vee combination. With the original RNF the board was all over the map in those rudimentary hand shape days. Each board was different, with most of them having noticeably different curves and thickness from one rail to the other. In re-creating these boards, Matt Biolos went with a gut feeling on what would work best, and it came out better than all of us dreamed.

Rocker and curves: Remain engrained to the original proven curves.

Outline and curves: Both nose and tail were usually the same width at 12” and remain true, but with more precision, including added curve and width around 6” from the tail. One “secret” about the original’s success was that, unlike most all other “fish” the tail width on ours was closer to that of a typical HP Shortboard. This allows much more control off the tail than typical fish designs.

Thickness Flow, Deckline, Rails, and Tail Foil: They were all over the map in those rudimentary hand shape days. Each board was different, with most of them having noticeably different curves and thickness from one rail to the other. In re-creating these boards, which one is correct? In the end, I went with gut feeling on what would work best. 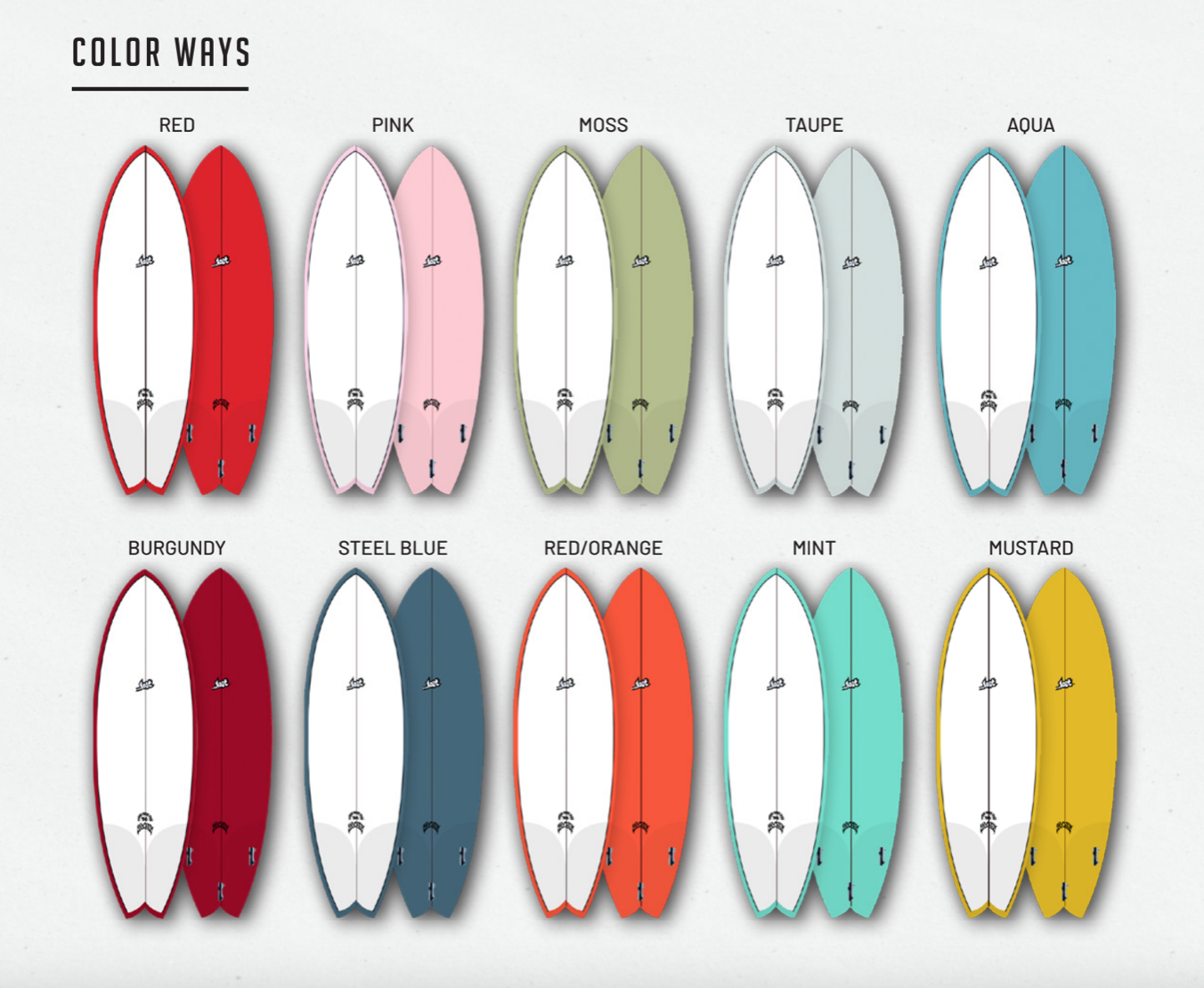