Who - Most skill levels can ride the Round Nose Fish Redux. Beginners will size it up to make for an easy to ride and fun model once they have the essential basics down. Intermediates/Advanced surfers will ride this on average 2-4”shorter than their traditional shortboards to get the most performance out of it.

When - As shown by the infamous 5’5 x 19 ¼ videos, the RNF Redux can be ridden in a multitude of wave conditions. It is most comfortable on sub-average to good + conditions, but in the hands of the right surfer, this model can go below or above those range parameters.

What - The best place to start when describing the Round Nose Fish Redux is to look at its predecessors as it is a hybrid of the two.  The RNF lineage started with the “Round Nose Fish” and then the “Round Nose Fish Quint”. The OG RNF (if you will) was a more “performance” based fish with the a tapered nose (when compared to traditional fish models at the time) and a tight swallow tail which was pulled in to resemble the traditional shortboards of that time, but its iconic ROUND NOSE, wider mid section, and swallow tail gave it the fishy-ness. Jump ahead to the RNF Quint which widened the nose and tail outline, thickened the rails, and added a deep fluted wing which “domesticated” the model and added speed, stability, glide, and float when compared to the OG RNF. The RNF Redux takes the overall rocker, bottom contour, and forward outline of the OG RNF, but blends the RNF Quint’s fluted wing, rail foil, and wider rear. This combination creates a more parallel rail line/fuller mid-half above the flute for increased drive and speed generation, while pulling in the tail behind the flute towards the tail that generates sharp surfing in steeper sections and encourages surfing in the pocket. This RNF “hybrid” brings you adaptable user-friendly performance in a multitude of surf conditions that can be enjoyed by majority of surfers. A great addition to any surfer’s quiver. In …Lost’s description of the Round Nose Fish Redux, Matt Biolos touches on fin setups for this model, which we also feel is important. Ideally one would ride two larger twins up front and either small quad bites or a small stabilizing center fin making it a 2 + 1. Do not hesitate to run a traditional Twin Fin setup on this model either. They are building the RNF Redux with a 5-Fin setup, make sure to play around with fin configurations and find the right combo for you and your surfing! 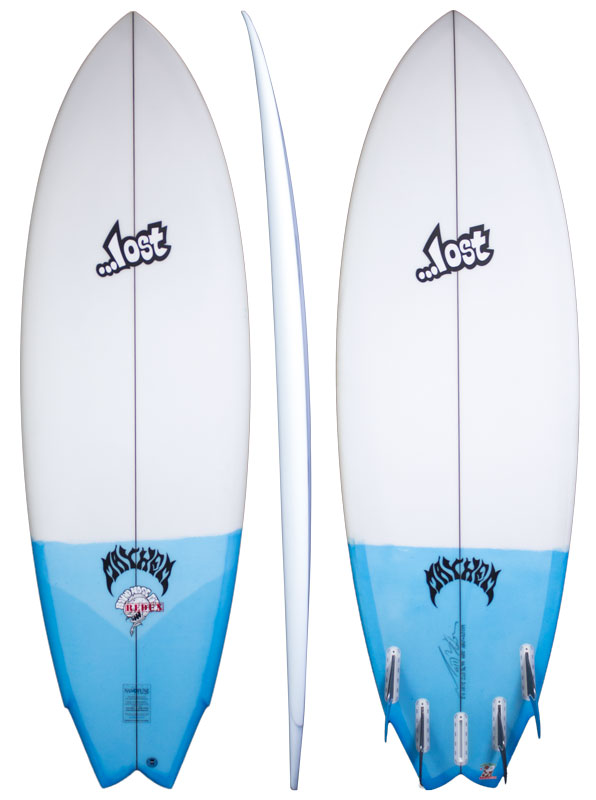 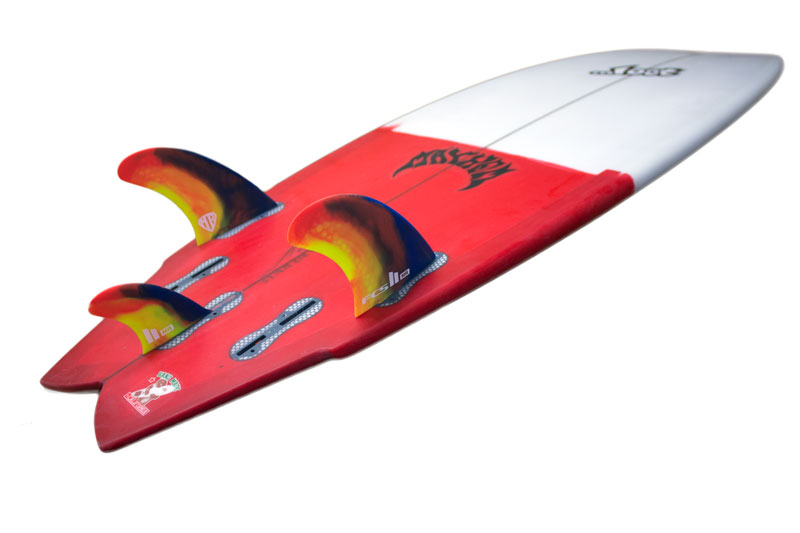 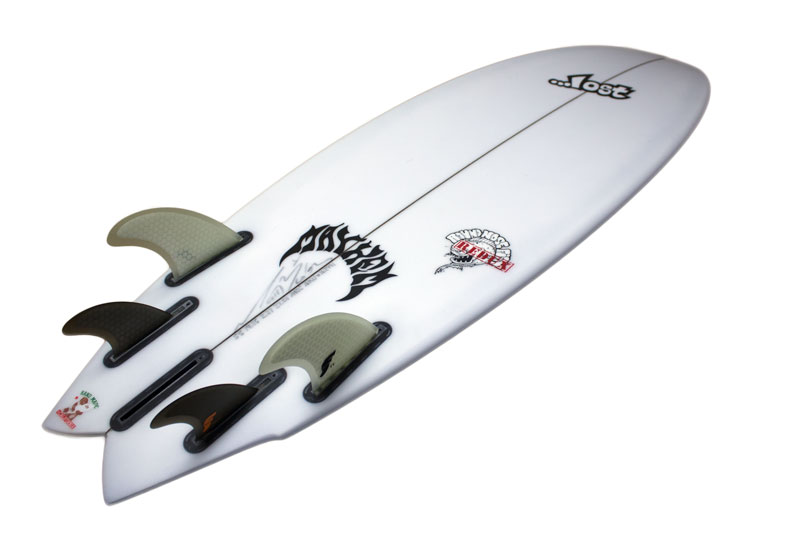 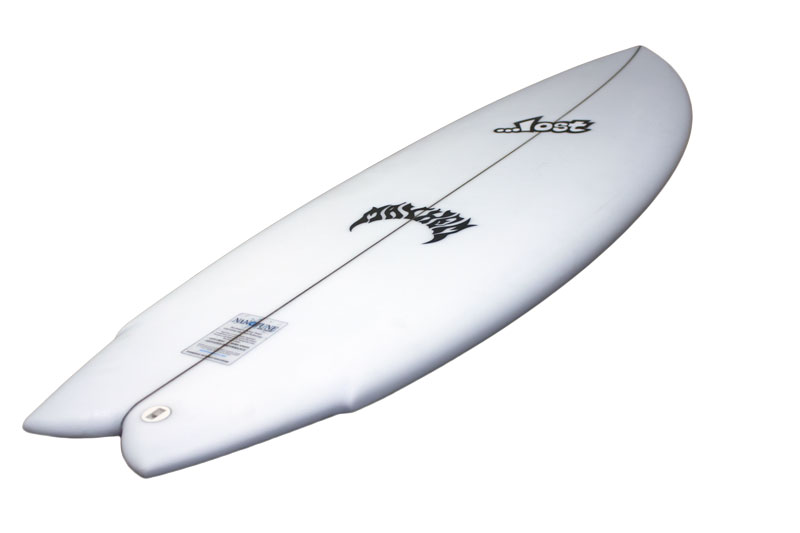