Who - Intermediate to advanced surfers looking for a tested and proven small wave performance board will love the Sub Driver 2.0. Fans of the original Sub Driver will also enjoy the noticeable updates to an outstanding world renowned performance short board.

When - The Sub Driver 2.0 loves small to average surf and does extremely well in connecting the dots in mushy points or weak beach breaks.

What - The Sub Driver 2.0 is Lost’s best small wave performance board. It is the most user-friendly performance short board in their line up and was developed in the soft peeling points of San Clemente. The board was developed to reflect the demands from Kolohe Andino, Griffin Colapinto, and the Lost Teams Jr Pros and WQS Warriors.

Smoothed out and re-imagined the wide hip in the tail: Primarily to balance the wider forward outline, it allows more control at speed and a more effortless initiation of bottom turns and cutbacks.The hip is still noticeable and then angles into the wide squash tail.The wide tail creates a stable platform, especially in small waves. The hip breaks the rail line and creates a pivot point to crank tight, powerful turns in lesser surf. Making it easier for us to ride a performance shape even in poor surf.

Added thickness along the center (stringer line) with increased“vee”deck and more refined rails:Lowered rail volume (without lowering overall volume) to encourage radical rail turns and make a more nimble, reactive board that still floats through flats, and surfs forgiving. The thicker centerline under chest aids paddling and makes for more drive off the front foot gas pedal.

A deeper concave in the rear third of the board: The rail rocker transitions from a modest forward concave, to a deeper, more-curvy, rail line through the front fins.It then accelerates upward to a slight vee behind the rear fin and out the tail.There is a good amount of double concave through the tail, adding lift and helping the water squirt through and release. 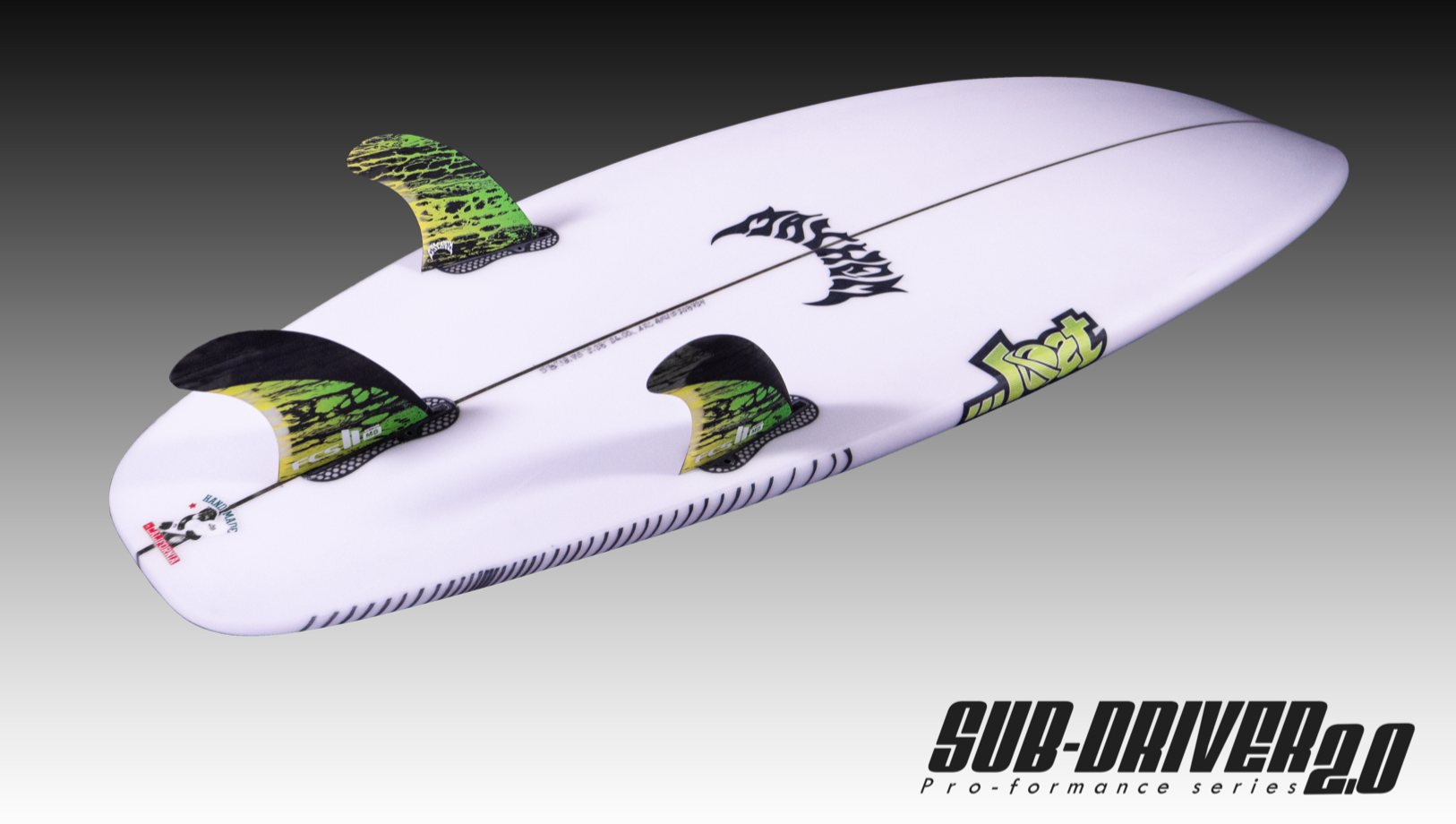